Portrait of a Lady on Fire
Céline Sciamma
Drama, History
1
+

The Rules of the Game
Jean Renoir
Drama
1
+
All Films

Those wistful days of looking for a French film to stream for hours are now gone... FrenchFlicks, with the support of UniFrance, has just launched a streaming guide listing every French movie (over 1,000!) on Netflix, Amazon, TV5MONDE, YouTube and the like. Check the platforms you subscribe to and find out what's available, or look through our weekly curated selection. Let's go! 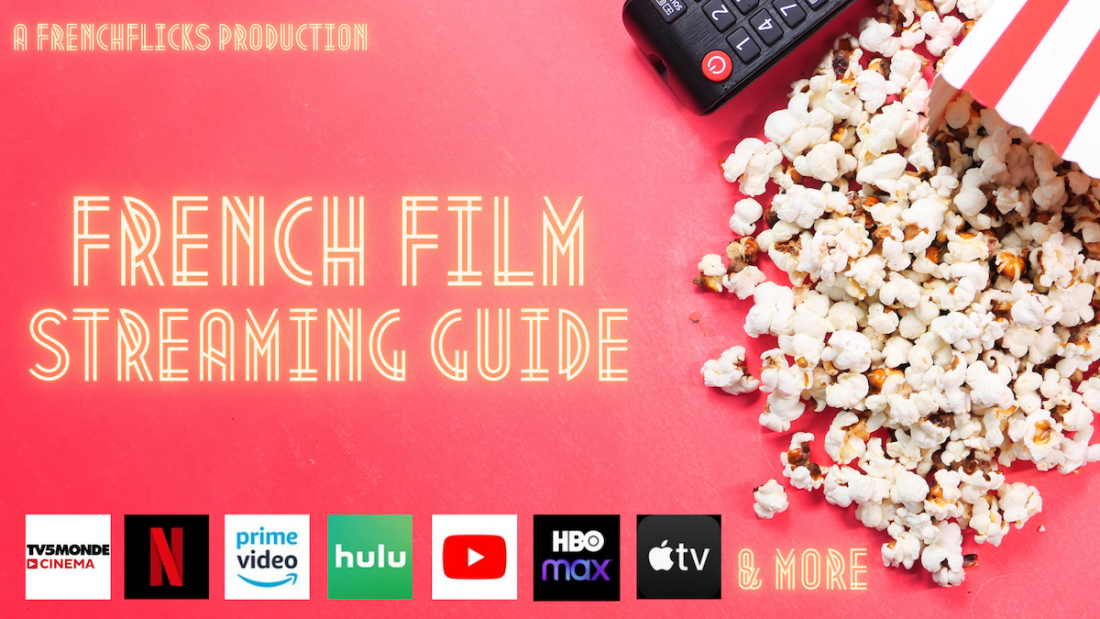 Check out our list of 65 French movies to stream for free (and legally of course)! Whether you prefer comedies like Lolo and OSS 117, romance like Priceless (Hors de prix) and Paris Je t'aime, thrillers like Mesrine: Killer Instinct and 36th Precinct (36, Quai des Orfèvres), or dramas like My King (Mon roi), and Little White Lies (Les petits mouchoirs), there must be a film for you! Start streaming now

Every French film on Netflix

We've all been there. You pull up google and search "french films on netflix", or "French streaming U.S.". Wouldn't it be great if there were someone or something who could simply provide updated answers to all of your French Netflix content queries in one convenient place? Luckily for you, there's us! We’ve made the process easier and have decided to list all French films on Netflix here in one grid, complete with sum ups, trailers and stats. De rien.

Launched in July 2013 by the former Télérama and Sofilm correspondent in New York, FrenchFlicks.com is the only website to list all French films screened in the U.S. Every month, over 150 films in French are showcased: whether it’s national new releases, special screenings, or French film festivals and retrospectives, the showtimes are available via FrenchFlicks in all 50 States.

The website is both in French and in English and promotes French cinema in the U.S. to American francophiles, fans of foreign cinema, and to all native French speakers living in America.

The website also focuses on French movies available on streaming platforms and lists the best French films on Netflix, Amazon, Hulu and the like, and provides a TV Guide for French networks available across the U.S., like TV5MONDE and Canal+ International. FrenchFlicks also has a social media hub where fans of French cinema can rant about, rave about, and just generally bond over shared interests.

You can subscribe to FrenchFlicks' weekly newsletter via the homepage. 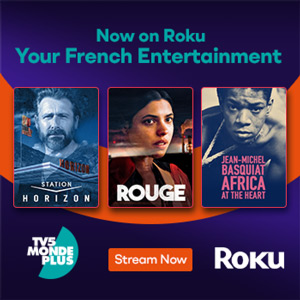 Our weekly selection on
Netflix

The ultimate list of every French movie on Netflix (2022)

Tired of scrolling to find a French film on Netflix? We've made it easy by listing every French movie on Netflix and every French TV show. Start watching now!

Listen up all you lovers of romance comedies that give you the fuzzy feels!

This month on
TV5MONDE

It's the month of love on TV5MONDE Cinema on Demand with a special selection of French romances.

Our selection on TV5MONDE

Find a movie
near you

Is the new French show on Netflix 'Off the hook' good?

While we’re still hurt by the cancellation of Standing Up (Drôle), Netflix just dropped a new French comedy Off the Hook (Detox) about two young women deciding to take control over their life again by ditching their phone and internet for a month.

Read more … Is the new French show on Netflix 'Off the hook' good?

Thanks to Tubi, The first (and only) two seasons of The Returned are now available to stream for free! And yes, this is totally legal!

10 French Versions of the TV Shows You Love

Homeland, Entourage, House of Cards, Big Little Lies…find out which French series to watch next if you liked these American shows.

Read more … 10 French Versions of the TV Shows You Love