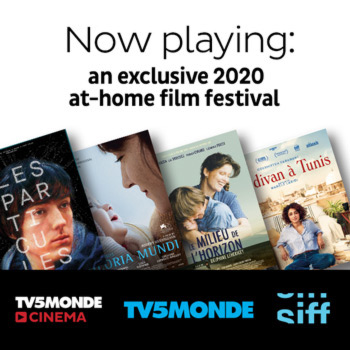 Netflix's new TV Show Unsolved Mysteries focuses one of its episodes on Xavier Dupont de Ligonnès' disappearance and the death of his wife and four children. It spans 45 minutes that only touch the surface of the biggest crime mystery of the last decade in France. A disappointement coming from Netflix.

In the past few years, Netflix has made itself the expert of crime docu-series, from Making a Murderer and Evil Genius to L'affaire Grégory around the disappearance of the 4 year old in 1984 in France. But don't expect the same level of details and story-telling from Unsolved Mysteries: The House of Terror. The streaming platform devotes less than an hour to the unsolved crime of the de Ligonnès aristocratic family and the escape of the prime suspect, the father Xavier.

The docu-series, which features interviews of a couple of family friends and of a journalist who covered the story, doesn't  address some major elements of the investigation. There is, for example, no mention of the fact that three ex-girlfriends and a mistress of Xavier Dupont de Ligonnès came forward to the police after Xavier reached out to them asking for money and threatening them days after the murder.

Neither does it mention the strange letter sent to a French radio in 2015 where Xavier says he's "still alive" (see below), or the most recent plot twist back in October, when French media annouced his arrest in Glasgow after a man with partial matching fingerprints was arrested at the airport. He turned out not to be Xavier Dupont de Ligonnès.

So to answer the question of should you watch it: the answer is probably not, as it doesn't even address some of the major twists of this fascinating crime mystery. Instead, watch the French crime docu-series set in North Carolina The Staircase, which gave new life to the crime genre, followed by The Jinx and Making a Murderer.

Watch the trailer for Unsolved Mysteries: The House of Horror: