Ohlala! Emily in Paris renewed for Season 2 at Netflix

And just like that, your guilty pleasure is back.

Get ready for many, many more memes and heated debates because Emily, her selfies and her $10.000 summer dresses are back for season 2.

The renewal of the romantic comedy created by the makers of Sex and the City and starring Lily Collins came in the form of a letter from Emily’s fictional boss, Sylvie Grateau (see below).

=> 10 French films to watch if you loved Emily in Paris

=> Every French film on Netflix

=> The 10 best French films on Netflix 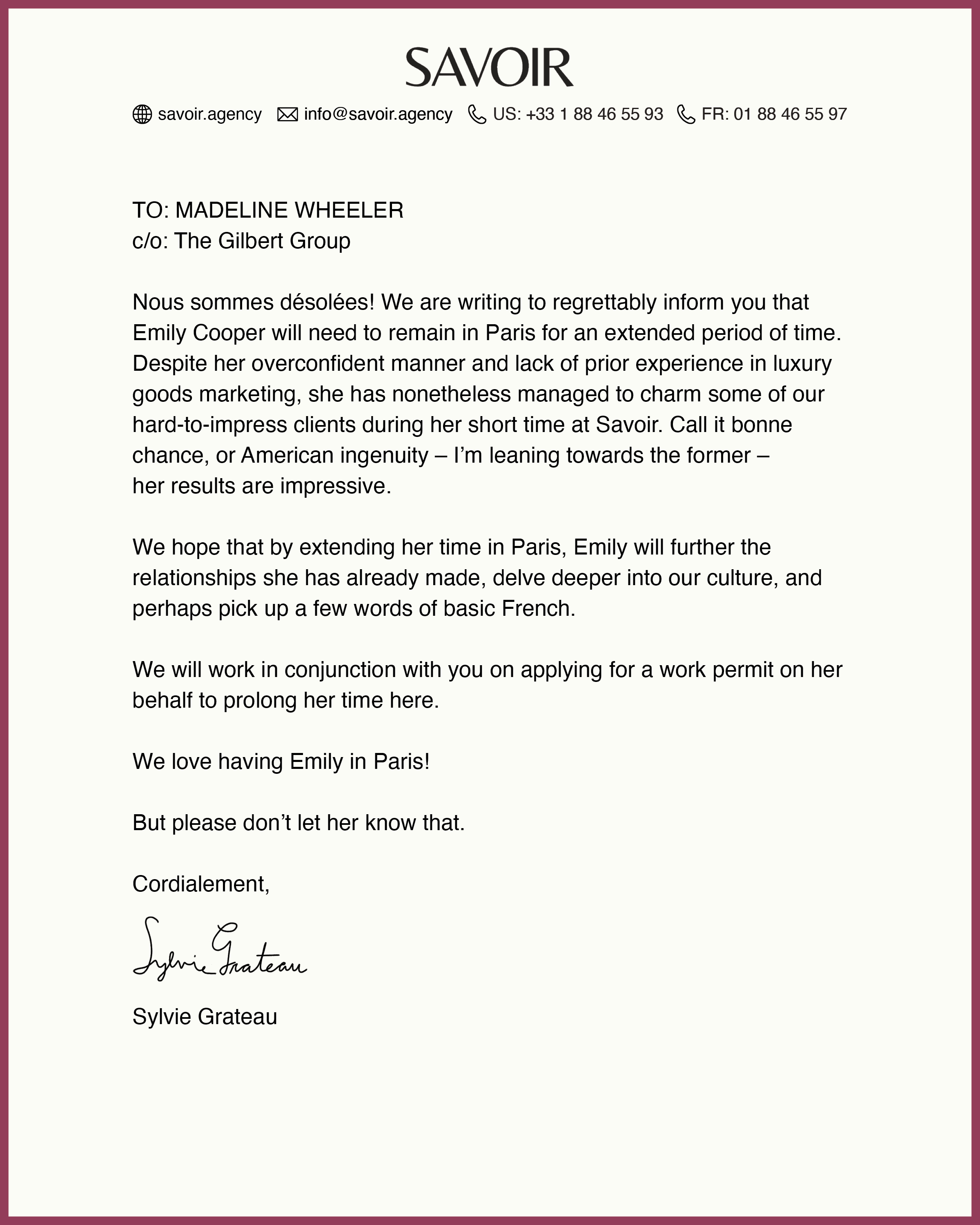