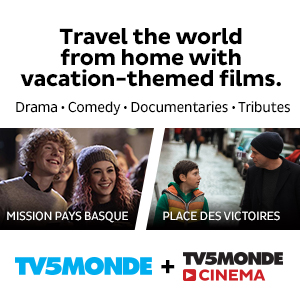 Dany Boon should be pretty satisfied with his first foray into Hollywood. Murdery Mystery, the US comedy in which he costars with Jennifer Aniston and Adam Sandler beat the all-time opening record for Netflix.

Available since Friday, June 14th, on the streaming platform, Murder Mystery has been seen by 13,37M Netflix subscribers in the US and Canada, and 17.5M in the rest of the world, for a total of over 30M.

It’s better than any other Netflix blockbusters, like Bright with Will Smith (11m), or Birdbox with Sandra Bullock (26M).

The next very anticipated Netflix films are The Irishman by Martin Scorsese and The Laundromat by Steven Soderbergh.

But is Murder Mystery good?

We’ll let you be the judge of that, but at FrenchFlicks, we were disappointed. Despite a strong start with a few good one-liners from Adam Sandler, the movies fails to be enticing past that, and quickly nose dives into overwhelming cheese territory. Unfortunate news for what could have been a delightful updated version of the classic film Clue.

As for Dany Boon, who plays a detective, although managing the title of the least annoying cast member, he doesn’t really have any good scenes where he can express his comedic talent. In the end, Murder Mystery is mostly a must-see for Adam Sandler's forever fans.