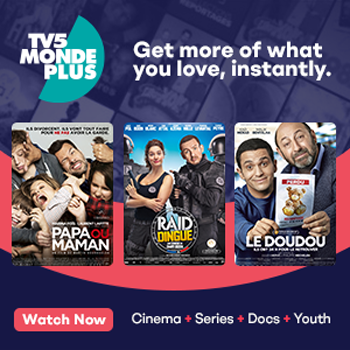 Epic French Romances and Where to Stream Them

Difficult and tragic can somehow also be powerful and moving. If you can't learn something by the true story of Jean-Dominique Bauby, portrayed in Julian Schnabel's The Diving Bell and the Butterfly, then you might as well retire your efforts to learn anything at all.

Mathieu Amalric is superb at playing Bauby, or affectionately called "Jean- Do," a respected journalist, and editor of Elle magazine, who one day, at the age of 43, suffered a massive stroke, rendering him paralyzed "from head to toe." He is completely immobilized with the exception of one eye that blinks, and is his ticket to communicating with the outside world.

The film has an enormous roster of well- known and exciting French stars. Emmanuelle Seigner plays a soft- spoken mother of his children, whose love was never quite requited. Anne Consigny plays the ghostwriter who dutifully and patiently dictates his memoir, a feat that takes 10 months to create, and 200,000 blinks to complete.

The film seemed to introduce an innumerable amount of supporters, reflecting the army of friends and connections Jean- Do made during his life before the accident.

Winner of two Cesar awards, as well as one Cannes award, The Diving Bell and the Butterfly is not a bad Netflix choice, and one that definitely earned a special place in the heart of Frenchflicks.