The Five French Films to Watch on TV5MONDE in December

For the 50th anniversary honoring the death of Charles De Gaulle, TV5MONDE will broadcast a fascinating mini-series on the general's public and private life. Children will be delighted by the Christmas films on the program, starting with the successful adaptation of the Benoit Brisefer comic strip.

A captivating six-episode miniseries showcasing behind the scenes of 30 years of French history. Samuel Labarthe, in Charles De Gaulle, is strikingly realistic.

From the appeal of June 18, 1940 to his departure from power in 1969, a dive into nearly three decades of the public, but also private, life of Charles de Gaulle.

A touching, intimate documentary, far from the public or perceived image of drag life.

For them, cross-dressing came as a revelation. Yesterday they were doctors, designers, farmers... today they're actors, dancers, singers... They left everything behind to live their passion for the stage. Far from the glitter and stage lights, the queens of the night drop the mask and share their stories - their hopes.

"With excerpts from shows sprinkled throughout, the film rejects any sort of caricature, shining as brightly as the characters themselves." - Télérama

This highly anticipated adaptation of Peyo's comic book doesn't disappoint. The perfect holiday movie to watch with the family.

Benoît Brisefer, a ten-year-old with superhuman strength, never hesitates to jump in and defend his mates. So, when Poilonez and his gang target his friend Dussiflard, he does all he can to foil their plans... But beware, as soon as he catches a cold, Benoît loses all his powers!

"This parody Gallic thriller has a delightfully retro charm that even grownups will fall for." - Le Parisien

Without too much doom and gloom, Geneviève Albert makes poverty visible during the Christmas holidays while showing the generosity humans truly are capable of. A film both heartwrenching and full of hope.

25 December. Christmas is magical for so many children, but every year thousands of others are left out. For twenty-five years, Opération Père Noël (Operation Father Christmas) forwards their letters to generous but anonymous donors, like a message in a bottle, to put the smile back on their faces.

''This very genuine documentary by Geneviève Albert highlights the kind actions of an organization which, for 25 years has enabled thousands of Quebec children less fortunate than others to feel less excluded on Christmas." - Le Devoir 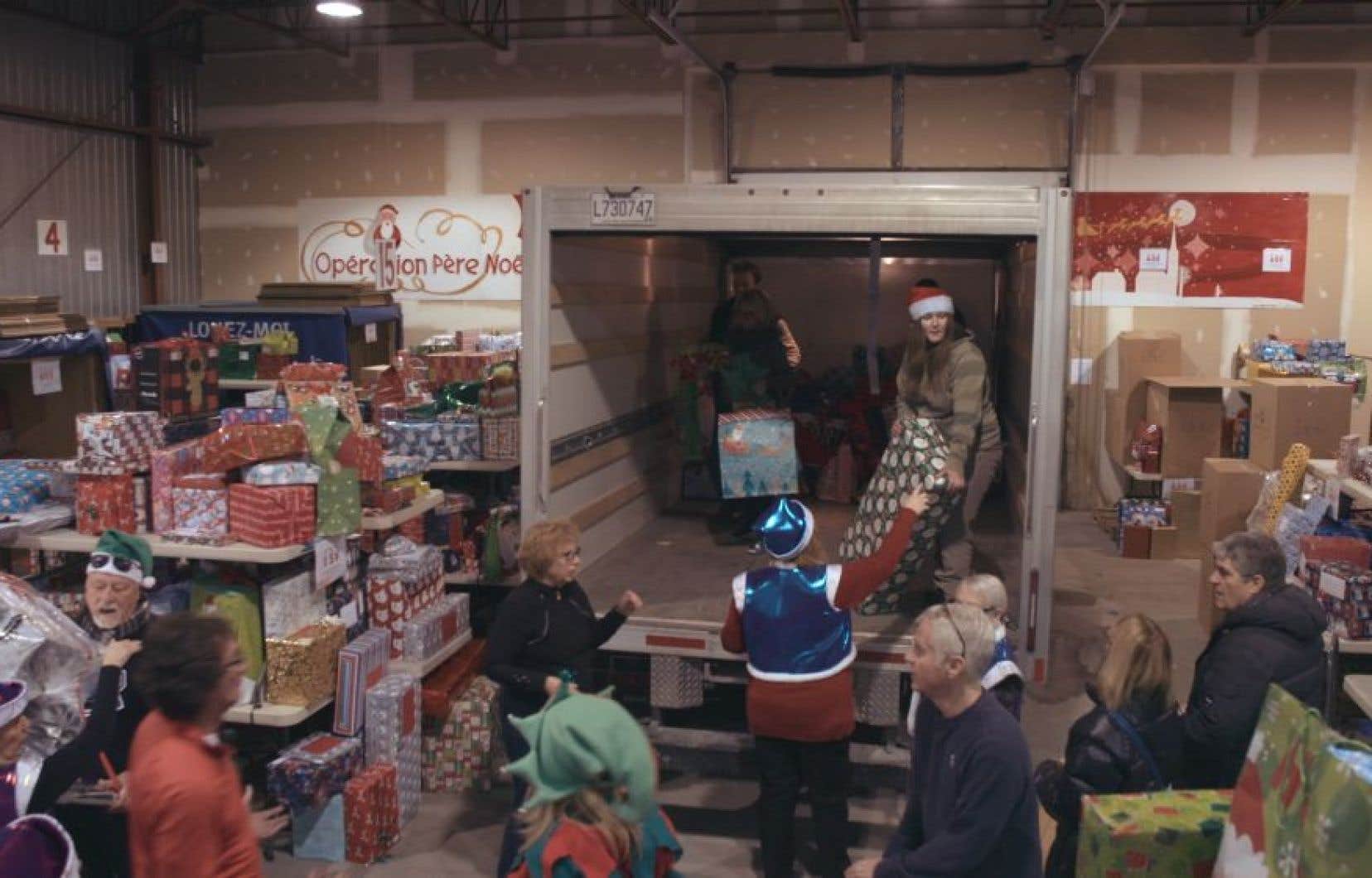 Inspired by the director's own experiences, this first film of Sarah Suco is a must-see film on organized sectarian movements and networks.

12-year-old Camille, with a passion for circus arts, sees her life turned upside down when her parents join a charismatic church. Gradually the indoctrination becomes sectarian. The young girl sees a new life imposed, isolating her off from the outside world. She will have to fight for her freedom.

"A rare and mostly worthy glimpse of religion gone haywire in a country that likes to vaunt its secular ways, showing how a cult that exists in broad daylight... can ruin people's lives with both their consent and that of the authorities." - Le Nouvel Obs.