Our June Selection of French Films on TV5MONDE Cinema on Demand

TV5MONDE Cinema On Demand is offering a selection of captivating, feature-length documentaries! With a wide range of subjects, viewers can explore new perspectives on current affairs with Les arrivants, following asylum seekers at a detention center in Paris, get a behind-the-scenes look at a unique annual folk dancing festival with César nominee Le grand bal, or learn about the childhood of director Jacques Demy with Jacquot de Nantes, directed by his wife Agnès Varda.

A sensual, profound and almsot anthropological film about bodies, traditions and human beings. The energy here is undeniable.

Every summer, more than two thousand people from all over Europe converge on a small town in the French countryside to take part in a weeklong folk-dance festival, the Grand Bal.

"This is at once sprawling and intimate, a portrait of a very specific event and an exploration of dancing in both individual and more general terms." - Hollywood Reporter

A documentary as enticing as a thriller, where you will learn a lot about "The Tramp"... and the man behind the character.

Born in 1914, Charlie Chaplin rose to be Hollywood's most prominent actor. Presented from Chaplin's various homes, viewers will learn about the comedian's life, successes, and scandals.

A behind the scenes look at the grueling, confusing and emotional process of documenting asylum seekers from far away places like Sri Lanka, Mongolia and Afghanistan in a busy Paris office.

Follow the day-to-day challenges of Caroline and Colette, two social workers helping asylum seekers at the CAFDA Center in Paris who are waiting for their applications for refugee status to be processed.

“The Arrivals is a sympathetic portrayal of transition that delicately reveals the nuances of contemporary Europe, in contrast to the persecution and political oppression found beyond its borders." Cineuropa

A fascinating behind the scenes look at a school like no other.

Filmmaker Vincent Blanchet follows the lives of contemporary students at the Neuville School 30 years after Françoise Dolto helped to create this radical and revolutionary pedagogical project. 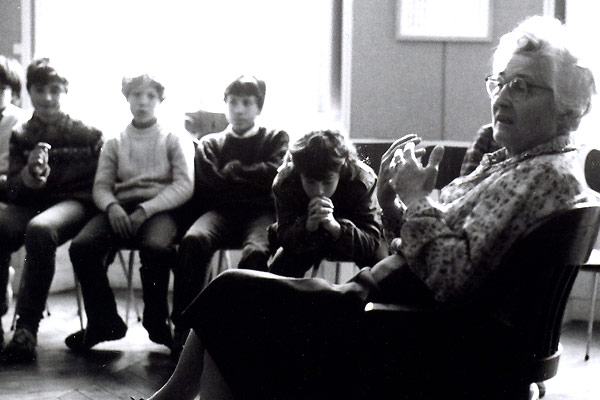 A biopic with a twist as Agnès Varda takes a look at the youth of her husband, director Jacques Demy and tries to understand from where his inspiration came to direct such colorful musicals while he lived in Occupied France.

Directed by Agnès Varda, the film recreates the early life of Jacques Demy in Occupied France and chronicles the making of an artist through his obsession with learning the various crafts of filmmaking.

“A portrait that is at once a love letter to the movies, a critical perspective on one of its celebrated artists, and a personal tribute." - Filmjourney